LEARN ALL ABOUT TROY-PEERLESS LOFTS BELOW

A supremely textured and true loft space, Troy-Peerless Lofts are among the most coveted in the Old Fourth Ward. The complex is as distinctive as the units themselves. The brick building itself is historic and, despite being originally constructed in 1922, the converted homes add exceptionally modern flair to a timeless feel. Lofts feature incredibly tall ceilings and airy natural light, classic exposed brick, and modern fixtures. Numerous community amenities include a 24-hour gym, rooftop deck, garden terrace, rec room with ping pong, pet area, and club room.

In addition to the abundance of community space, the only thing between Troy-Peerless and the Atlanta BeltLine is Ponce City Market. The BeltLine is green space that unites Old Fourth Ward with favorite corners of several in-town neighborhoods, including Midtown and Inman Park. Ponce City Market is a celebrated recently renovated historic space that was converted to a unique retail experience.  The Market features artisanal offerings from local and national vendors. Also within walking distance, Whole Foods and a host of other well-known shops cover grocery and other necessities not offered in the specialty market shops.  The integrated experience provides a walkable community with style as well as all the comforts of home.

If you’re interested in the charm of Troy-Peerless unbeatable proximity to the best of Old Fourth Ward, contact a member of our team today.

Interested in another home in the Old Fourth Ward?
Also nearby: 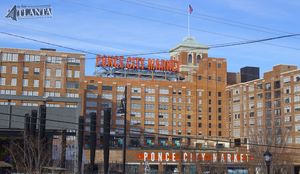 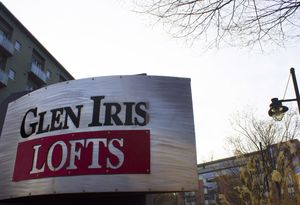