Morningside Tudor Magic | A Is For Atlanta Homes For Sale 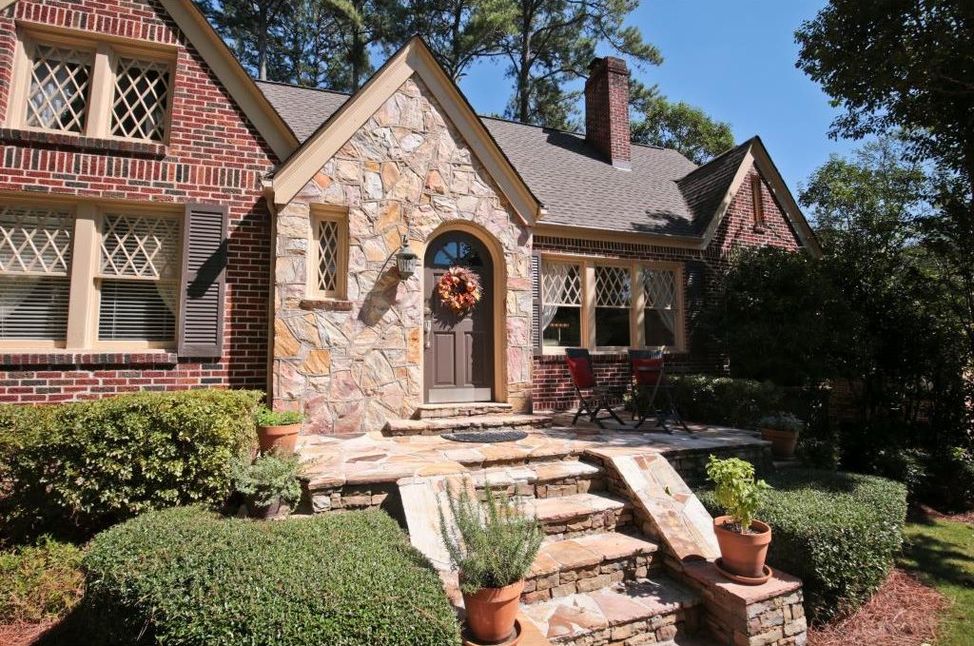 There’s a lot to love about Morningside- the neighborhood’s appeal is universal.  I mean, ask yourself, if you were moving to Anytown, USA, wouldn’t you look for fantastic schools, beautiful homes, parks aplenty, and a central location?  Morningside offers all of the above, and a bag of chips.  Our listing at 1220 Pasadena encapsulates all that is good in Morningside, and I feel compelled to tell you why you need to embrace it as your future home.

What Makes 1220 Pasadena So Special?

Its distinctive Tudor architecture grabs your attention from the moment you set your eyes on her, and the hits keep on coming from there.  Jumbo, renovated living room, classic interior stylings, flat back yard and tons of living space.  Four bedrooms, two living rooms, a bonus office, giant unfinished basement and so much more.  It’s a timeless classic- one of those houses that they just don’t build anymore.

The Dog Friendliest Location In Atlanta

Have you hear of Herbert Taylor Park?  It’s one of Atlanta’s best kept secrets, a little urban forest that features a creek that’s affectionately known as “dog beach”.  Local dog owners in the know bring their pups here for nature walks, stream frolics, and canine kibbitzing.  1220 Pasadena is literally right down the street from Herbert Taylor Park, making it a quick jaunt that Fido will thank you for.

The Best Elementary School In Atlanta?

Just steps from the house, Morningside Elementary has long been lauded as the gem of the Atlanta Public School system.  Named a Blue Ribbon School in 2016 by the U.S. Department of Education, Morningside is consistently ranked as one of the top schools in the state.

How Do I Find Our More

For more information on 1220 Pasadena, or to schedule your own private tour, contact us directly.