Midtown Real Estate & Homes for Sale | A Is For Atlanta 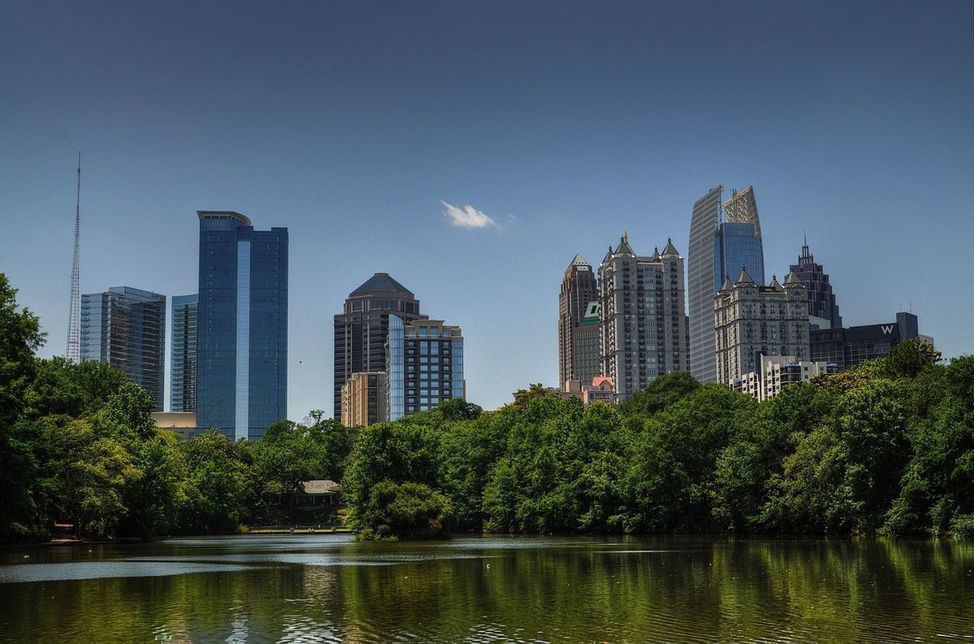 A quick view of the most influential metrics in Midtown.

Scroll below to view MIDTOWN homes for sale.

Midtown Atlanta has much to offer its residents: central location, an internationally recognized arts scene, the lure of Piedmont Park, convenient access to public transportation and a seemingly endless stream of critically acclaimed. While Midtown Atlanta is most often associated with the condominiums and lofts that line the Peachtree Street corridor, there is a whole neighborhood of sizable Victorians and Craftsman houses just south of Piedmont Park.

Midtown is marked by its cultural attractions, institutions of higher education, noteworthy architecture, and urban layout. The district is the center of the city’s arts scene that includes the Ferst Center for the Arts, Fox Theatre, Woodruff Arts Center, the High Museum of Art, the Museum of Design Atlanta, the Atlanta Symphony Orchestra, the Center for Puppetry Arts, and the 14th Street Playhouse. Also, the space is home to three well known institutions of higher education: Georgia Institute of Technology, John Marshall Law School, and the Atlanta division of the Savannah College of Art and Design (SCAD).

The area contains about one-third of the city’s high-rises and some of Atlanta’s most iconic buildings, such as the Bank of America Plaza, AT&T Midtown Center, One Coca-Cola Plaza, Atlantic Center, and 1180 Peachtree. The neighborhood has also been a primary area for high-density development in the city in the first decade of the 2000s due to the district’s mass transit options and urban street grid.

The definition and meaning of “Midtown” has varied over time, expanding from an original concept of a small neighborhood midway between Downtown and Buckhead. Boundary definitions vary by the source. In many cases, Midtown is a quasi-legal entity for zoning, law enforcement, and taxi purposes. It is defined by the City of Atlanta to include the business district along Peachtree Street as well as the Historic district, a residential area east of Piedmont Avenue and to the south of Piedmont Park. The  Alliance defines a larger, “Greater Midtown” area of approximately four square miles. This includes the area within the city’s definition, but splitting it into the sub-areas  Core and Garden District, i.e. the historic areas. It also includes the neighborhoods of Ansley Park, Sherwood Forest, Atlantic Station, Home Park, and Loring Heights.

Looking to buy or sell a home in Midtown?
Contact us today to set up a real estate consultation.

View our selection of available properties in the Midtown area.

Check out the latest demographic information available for Midtown.

Learn more about schools near Midtown complete with ratings and contact information.

The Best in Midtown

Browse through the top rated businesses in the most popular categories Midtown has to offer.