Viewpoint Condominium Homes For Sale | A Is For Atlanta

Viewpoint is one of Midtown Atlanta’s premier condominium buildings.

Built in 2008 by Novare, Viewpoint offers fantastic amenities in the heart of Midtown, just steps from Piedmont Park, The Fox Theatre and outstanding dining and nightlife. 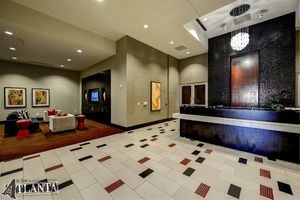 Enjoy 24-hour security, flat-screens in all lobbies and near elevators, and courteous staff. 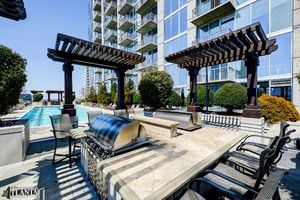 See the skyline perfectly from the open deck, perfect for entertaining. 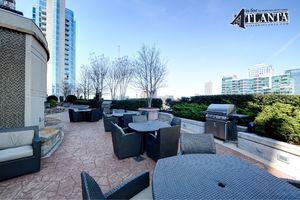 There is plenty of seating and tranquil outdoor access to some of the most spectacular city views. 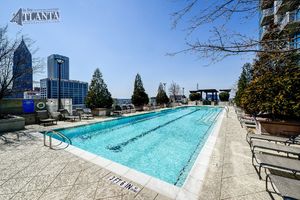 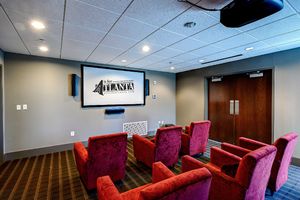 Why not enjoy everything from the latest acclaimed features to even your own home video in the screening room? 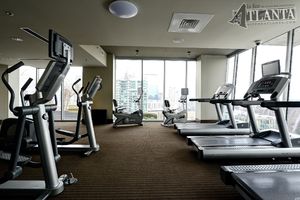 State-of-the-art amenities extend to the best opportunities to exercise bathed in light overseeing all of Atlanta.

The southern half of Midtown between 8th Street and North Ave was originally purchased by Richard Peters in 1848 to use the pine forest there for fuel for his downtown flour mill. Over the next 40 years, Peters slowly subdivided sections of these land lots off for a gridded residential area and built his own home there on Peachtree at 4th Street. His son, Edward, built his home on the block bounded by North Avenue, Piedmont Avenue, Ponce de Leon Avenue, and Myrtle Street. The home, now called Ivy Hall, was restored by the Savannah College of Art & Design in 2008 and is listed on the National Register of Historic Places.

Midtown is the second largest business district in the city of Atlanta, situated between the commercial and financial districts of Downtown to the south and Buckhead to the north. In 2011, Greater Midtown (see below) has a 2011 resident population of 41,681, a workplace population of 81,418, and a student population of 26,500. The district attracts about six million visitors annually.

Midtown is marked by its cultural attractions, institutions of higher education, noteworthy architecture, and urban layout. The district is the center of the city’s arts scene that includes the Ferst Center for the Arts, Fox Theatre, Woodruff Arts Center, the High Museum of Art, the Museum of Design Atlanta, the Atlanta Symphony Orchestra, the Center for Puppetry Arts, and the 14th Street Playhouse. Midtown is also home to three well known institutions of higher education: Georgia Institute of Technology, John Marshall Law School, and the Atlanta division of the Savannah College of Art and Design (SCAD). Midtown contains about one-third of the city’s high-rises and some of Atlanta’s most iconic buildings, such as the Bank of America Plaza, AT&T Midtown Center, One Coca-Cola Plaza, Atlantic Center, and 1180 Peachtree.

Midtown has also been a primary area for high-density development in the city in the first decade of the 2000’s due to the district’s mass transit options and urban street grid.